Just a Reminder.... No Class on Tuesday, October 31

Posted by St.Mary's Religious Education at 11:45 AM

Celebrating the 100th Anniversary of Our Lady of Fatima 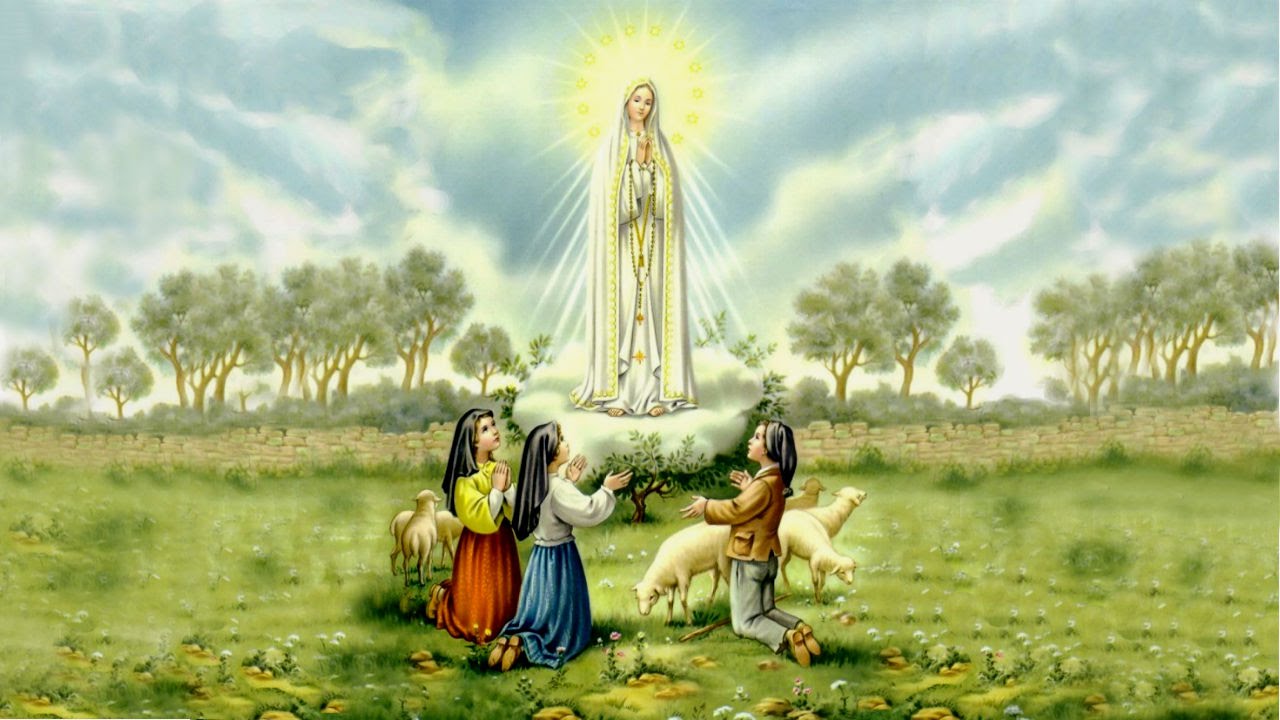 Last week, the students of the Religious Education Program celebrated the 100th Anniversary of our Blessed Mother appearing to three cousins in Fatima, Portugal.  The Blessed Mother first appeared to them on May 13, 1917 and then asked them to visit her on the 13th of each month. During these visits, she told them of God's desire to bring all sinners back to Him. She asked the children to pray for peace, the end to war for the country of Russia and for all sinners.  She told them to pray the rosary daily so that they would grow closer to Jesus.  On October 13, 1917, she appeared to the the children a final time.  It was a rainy day, but Lucia, Francesco, and Jacinta were joined by over 70,000 people who came to see the miracle of our Lady.  At this last appearance, Mary told the children she wanted a chapel to be built on the spot and for the children to continue to pray the rosary for peace and for sinners.  Then the sky cleared, and the sun appeared and began to zig and zag and dance through the sky. The people became frightened because the son looked as though it was going to fall to the earth, but then it stopped and returned to its spot in the sky. All of the people were now completely dry and clean.

To commemorate this anniversary, Grade 1 watched a video on Our Lady of Fatima and learned the story of The Miracle of the Sun.  Grades 2, 3, 4, and 5 took a short pilgrimage to the statue of Our Lady of Fatima on the side of our church. They listened to the story of the Miracle at Fatima and learned how to pray the rosary. Then together, we prayed a decade of the rosary for peace. It was a wonderful to see that many of the children brought their own rosaries to pray along with us. During our Sunday celebration, we were joined by some of our parishioners as they were leaving 9am Mass and some of the members of the Rosary Society. We ended both days of our celebration by placing flowers at the feet of our Blessed Mother. 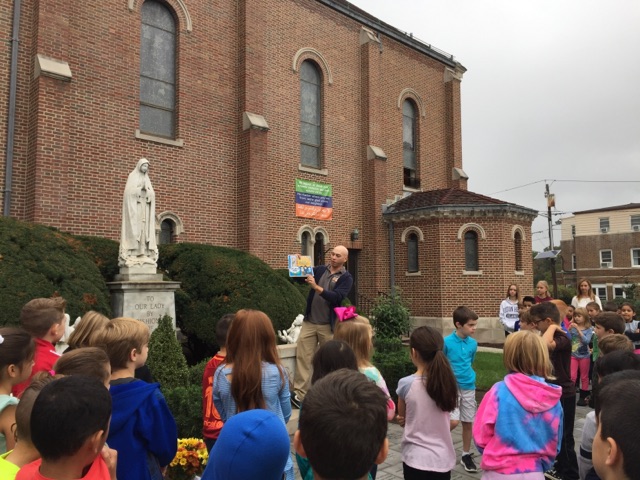 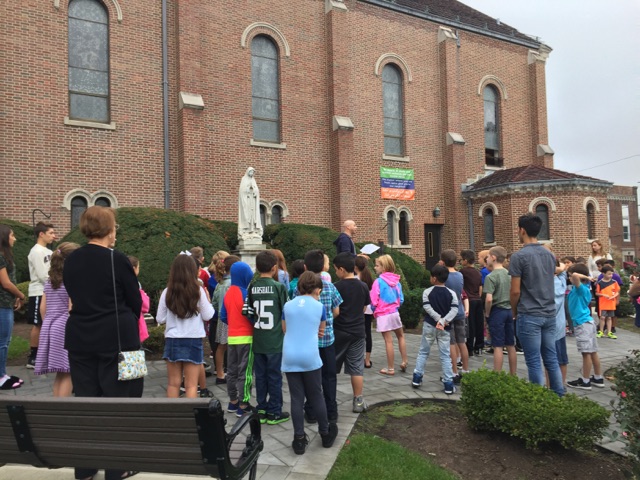 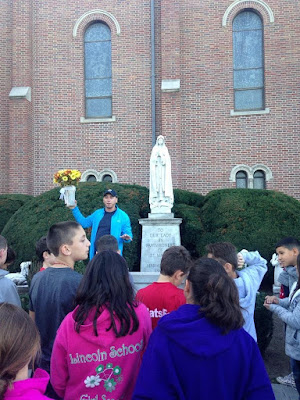 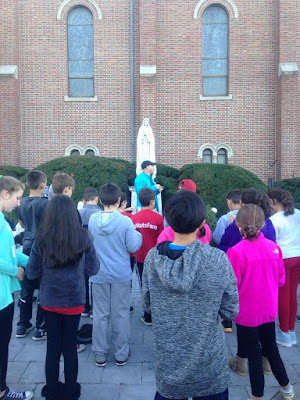 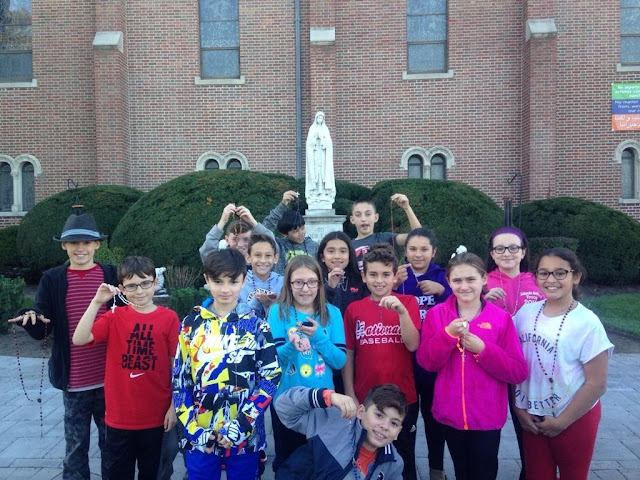 Thank you to Catherine Sergott and Karen Visco for sharing these photos. 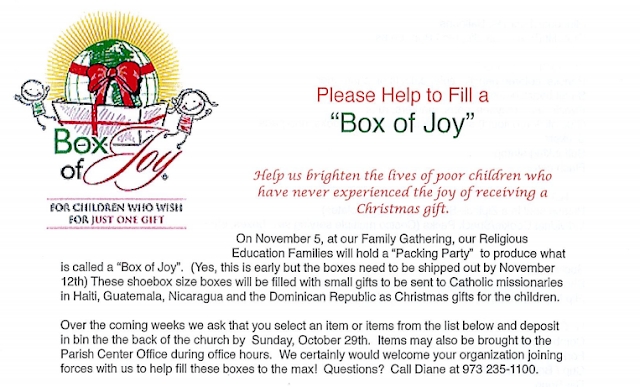 Posted by St.Mary's Religious Education at 11:25 AM 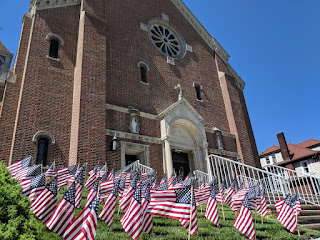 Welcome to the webpage for St. Mary's Religious Education Program, which serves the communities of Nutley and Belleville, NJ and the surrounding areas.

Please use the link below for Online Registration for the 2020-21 school year.
Register for 2020-21 Faith Formation Classes
If you are new to our program, we will need a copy of your child/children's Baptismal Certificate. You can mail or drop off a copy to the Parish Center (attn: Faith Formation Program)
145 St. Mary's Place, Nutley , NJ 07110.
If your children have been in religious education at another parish, please provide us with transcripts from your previous parish.
Students should begin classes in Grade 1 to begin preparation for reception of sacraments in Grade 2. 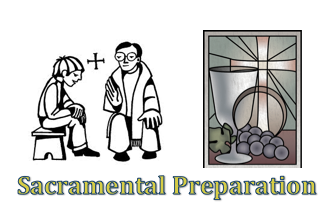 Click the Image for More Information about our Sacrament Program 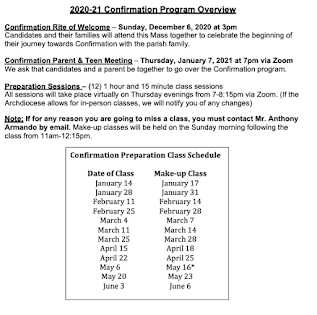